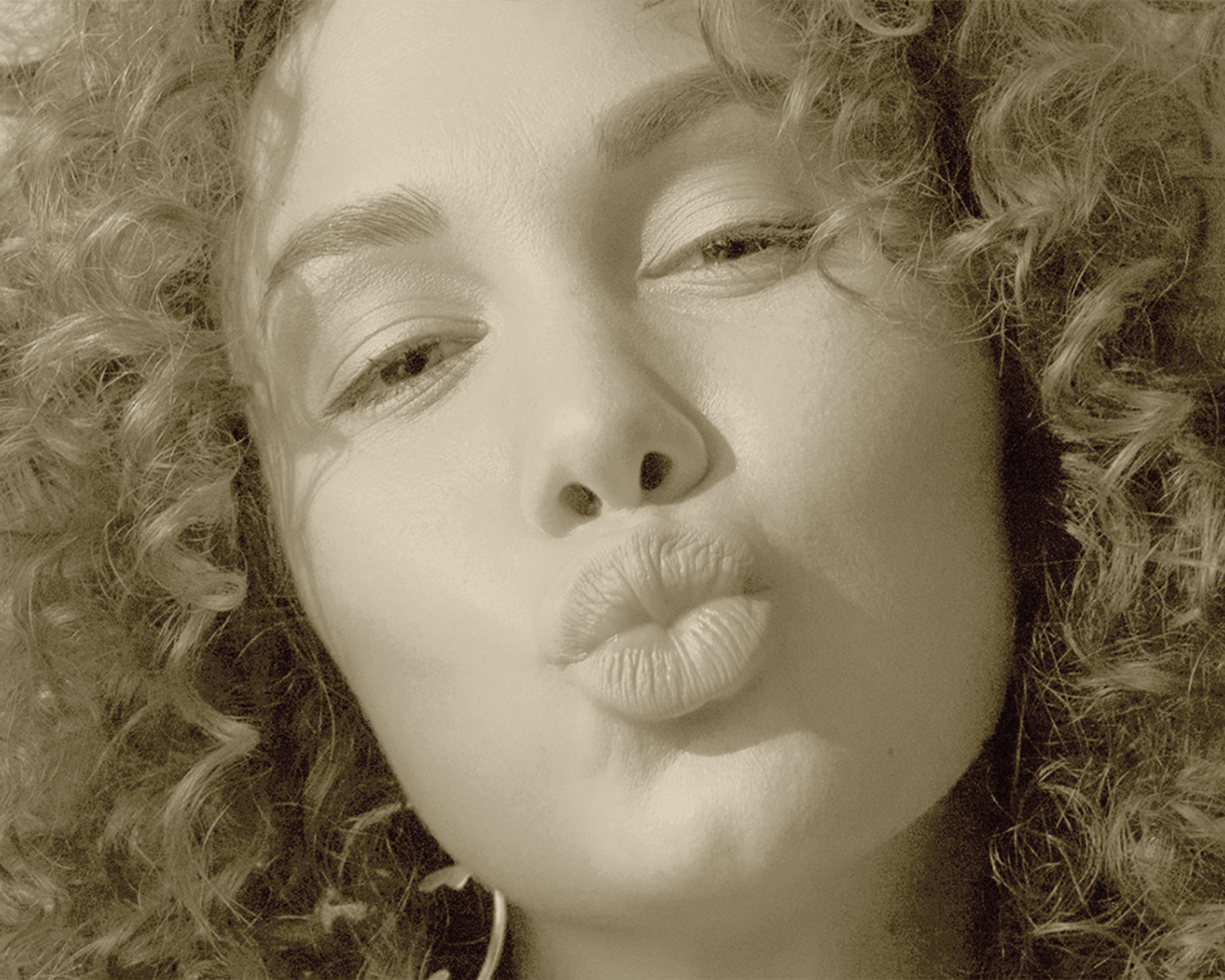 OUR CUSTOMERS HAVE SOME CHOICE WORDS FOR US

Best condoms I’ve ever used!! They are much more durable then traditional condoms, don’t have that nasty latex smell, and the blueberry condoms actually taste good. I’m so glad I found these, total life saver!

I believe Glyde condoms are the beat condoms I’ve used overall. They are just great quality, trust worthy, and you can count on buying what you paid for. Glyde means businesses when it comes to what people want out of a condoms. I’d recommend Glyde condoms to anyone that hasn’t tried them. Thanks Glyde.

Wish we had known about these years ago!! Will never go back! The smell is great, feel is awesome, and we both feel better about the manufacturing process. 5 stars!

I was very happy to find that there was a company making vegan condoms out there. I try to avoid products with animal testing or by-products and so Glyde was a great discovery for me!

As a sex educator, Glyde is one of my #1 most recommended condoms- and one of the brands I know and trust for my own use. The flavored condoms don’t leave a nasty taste in my mouth and your dental dams are some of my favorites- the “unconventional” flavorings are a real treat! I also love that Glyde has a variety of sizes to choose from- my only complaint is that you don’t have a “pleasure shape” condom or any textured condoms! Thanks for making awesome, certified vegan and organic flavored condoms and barriers!

I spent a lot of time trying to find a “natural” alternative to standard latex condoms, which is how I came to find Glyde. They have been the best thing I’ve tried and I love that they are also vegan and fair trade! The quality does not suffer, in fact, my boyfriend says they feel even thinner! Bottom line.. Glyde makes an amazing product!

We began to have negative associations with our passion because of the terrible smell of “Magnums” even though they weren’t laden with spermicide. Now Glyde let’s us have our bedroom back!

I really enjoy the fact that their are no parabens or carcinogens in these products. I also like the variety of flavors that are made. Hope for more flavors soon. Thanks for a very eco friendly safe sex product.

I’ve had reactions to lots of other condoms but I was so happy to finally find something that’s comfortable! I also appreciate that it’s a healthier option.

We chose to buy this brand because we are trying to eliminate as many chemicals from our lives as possible and appreciate that these are all-natural.

Glyde is my first choice in protection. The fit best. They are durable and they stay where they are put without killing the sensation.

Great condoms, they feel great and don’t leave that residue other condoms leave. I feel better after using them.

I love Glyde condoms because of their vegan formula. It seems so unnecessary to me to use milk-derived casein in condoms when viable alternatives exist that are just as effective. I don’t want to support the cruelty inherent in the dairy industry when I buy condoms or anything else, and Glyde’s vegan formula helps me avoid that!

Having Vegan condoms at the ready is now key to my sexual confidence. Having to use condoms from a company with a moral compass that doesn’t align with mine makes it hard to keep my mind focused on the bedroom. Glyde provides a wonderful product targeted for a wonderful group of people!

Feels good to know that when I go for pleasure, I’m also avoiding causing pain to any other being. It also does not have the funky smell standard condoms have.

My wife and I love these. Much better than the store bought kind which really bothered us. Thanks for a great product, will buy again!

This is one of those times when the vegan version turns out to be better than the original. I’ve never had one leak or break. They don’t agitate me the way Trojans do (I’m guessing it’s the more natural lubricant) and my partner seems to enjoy them more as well. The flavored versions are also great, though unfortunately they’re too snug a fit for him. I just thought I’d let everyone know, since I was a little nervous ordering these the first time. They’re very safe and strong.

GLYDE totally exceeded my expectations. The most obvious difference is they don’t smell. Yes, they feel better than most, but the fact they don’t smell bad is a huge factor.

Never used these but I played around with the bonus ones I was given; lots of fun, blueberry one smelled great, didn’t taste too.. fruity..
Awesome quality and vegan! Recommend if you’re a vegan!

These condoms are great. They have just the right amount of lubricant and the best part is, they don’t have that nasty latex smell that most condoms have. My husband and I purchased these not expecting them to be this good, now I don’t think we will buy any other brand.

Love these! They don’t have an offensive odor like many condoms and don’t leave you feeling greasy. My girlfriend and I both prefer these to trojans. I always found regular Trojans uncomfortable as far as size, and was using ‘magnum thin trojans’ most recently, and while these condoms are supposed to be the same diameter (53mm) as standard Trojans they seem to be less constrictive and more comfortable. We also tried the blueberry Glyde and those are great too. Who knows what chemicals are on Trojans or other condoms… the sensitive skin around your reproductive organs can absorb the chemicals on condoms or in lubricants, we feel cleaner and safer using these. I’m officially switching over brands!

I was a little skeptical of these at first but I can tell you that the flavors are accurate , the condoms are strong , and they feel better than regular condoms. I’m hooked so much so that I have even given samples out to friends. Several of them have allergic reactions to most condoms but they seem fine with these.

With all condoms I have tried including the expensive “designer” brands the weird texture and smell is something I can never get past and it really detracts from an experience which should otherwise be intimate and pleasurable. GLYDE condoms do not have that odor and they feel much different than any others I have tried.

If someone would have told me I would give a testimonial for a condom I would never have believed them. Under typical circumstances no one actually likes condoms. But I am happy to give this one: GLYDE is a truly amazing. Thank you!!

Now that I’ve converted to GLYDE I won’t use any other brand. They not only fit with my personal philosophy because they are ethical and vegan, they are more comfortable than any other condom I’ve used.

Having safe sex means using a condom regardless of whether they feel great or not. You can’t take a risk to have a more natural feeling. But GLYDE condoms completely changed my perspective. I no longer have to make a trade off to be safe. They feel better than any other condom I’ve tried so I no longer think “there goes the fun” when I put one on.

I only buy personal care products that are organic and natural and whenever possible those that do not test on animals. Condoms were the last product I though could be ethically made so I was very pleased to find GLYDE

I value my body and love that these condoms are a reflection of my beliefs. GLYDE Vegan condoms. No compromises. So great to be able to get what you want even in condom. They feel great, are thin and strong and can last as long as my man can!

GLYDE condoms just worked the best, felt the best and are simply the best. After trying over 20 different brands these condoms are now my first and only choice.

Using condoms is not my man’s or my favorite experience so I shopped around to find the perfect one…tough and reliable with as natural feel as possible. These GLYDE condoms fit the bill and my man perfectly. Highly recommend.

When we first tried GLYDE we were skeptical. The fact that you don’t test on animals or contain animal by-products was important to us, but not as important as reliability and finding a condom that does not interfere with sensation. GLYDE truly does feel great! We are so relieved to have found a brand that we do not dread using.

Happy Valentine’s Day GLYDE. The condoms were quality indeed. They don’t feel and smell as though they’re laced with chemicals. I am sold.